A few years after the first lounge opened in the Springs, the hookah trend burns bright

Colorado Springs’ first hookah lounge appeared four years ago, in a modest south-side house that had long harbored a deli. Set back a ways from East Cheyenne Road, with a simple sign that read “Hooked on Hookah,” it seemed a pretty inconspicuous nightlife addition.

It would’ve been difficult then to imagine that by the end of the decade, Hooked on Hookah would have expanded to a second location on North Academy Boulevard — and that both would be flourishing, along with competitors all over the city.

“On the north side we can get 100 [Air Force Academy] cadets a night,” says Matt Britigan, a customer-turned-shisha-barista. “And on the south side, more and more Fort Carson soldiers show up for a hookah and some downtime.”

Business has actually been too good, in a sense. Brothers Ramy and Shady Eshak, both in their mid-20s, say they were spending too much time at work and not enough time studying. So they’ve sold the south-side Hooked on Hookah, and now are considering selling the north-side location as well.

“We’re both college students,” Ramy says. “We decided to get out, finish school, and then maybe open another one.

“But the hookah craze is not slowing down.”

We sell Hooked on Hookah’s Premier line of hookah tobacco along with coals. 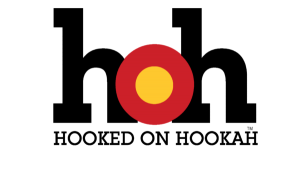